As a thank you…

then you are automatically considered for this opportunity. One FREE book will be mailed to one lucky person!

You may choose to receive ONE of the following: 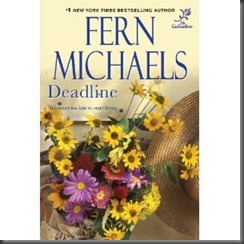 No sooner have Toots Loudenberry and her three best friends – Sophie, Ida, and Mavis – returned from providing some much-needed psychic advice to the First Lady of California, when another situation demands their attention. Troubled Hollywood starlet Laura Leigh is missing. Toots’ daughter, Abby, has both a personal and professional stake in the story. Not only is she editor-in-chief at gossip magazine The Informer, but entertainment attorney Chris Clay, Abby’s would-be beau, was the last person seen with Laura. And now he’s missing, too. With the help of friends in high – and low – places, the Godmothers will navigate Hollywood’s glittering inner circles and seedy underbelly to discover the truth. Along the way, they’ll uncover unexpected secrets that not even one of Sophie’s seances could have predicted… 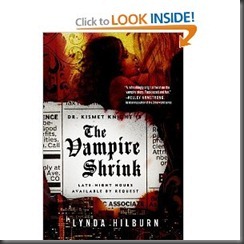 A sizzlingly sexy urban fantasy sure to feed the hunger of ravenous, vampire-loving fans.
Kismet Knight, a brainy Denver-based psychologist with a stalled career and a nonexistent love life, is about to have her world rocked. Not only does her newest patient, Midnight, long to become a vampire, but the teenager insists that a coven of the undead hangs out at a local goth club. The always-rational Kismet dismisses Midnight’s claims as the delusions of an attention-starved girl–until bodies start turning up drained of blood and the hottest self-proclaimed vampire ever to walk the face of the earth enters her office.
What’s real? What’s not? As inexplicable events and romantic opportunities pile up, along with the corpses, Kismet finds herself in a whirlwind of passion, mystery, and danger. But this tough and funny heroine–who doesn’t do damsel in distress–is about to turn the vampire-meets-girl convention on its head.

A Hellion In Her Bed – Sabrina Jeffries
Mass Market Paperback – 2010 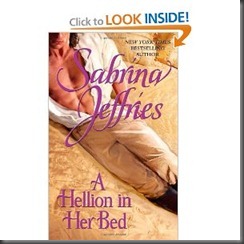 Book Cover Image from Amazon.com
Mired in scandal after his parents’ mysterious deaths, notorious gambler Lord Jarret Sharpe agrees to tamely run the family brewery for a year if his Machiavellian grandmother rescinds her ultimatum that he marry. But the gambler in him can’t resist when beguiling Annabel Lake proposes a wager. If she wins their card game, he must help save her family’s foundering brewery. But if he wins, she must spend a night in his bed. The outcome sets off a chain of events that threatens to destroy all his plans . . . and unveils the secret Annabel has held for so long. When Jarret discovers the darker reason behind her wager, he forces her into another one—and this time he intends to win not just her body, but her heart. 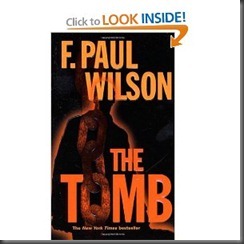 Much to the chagrin of his girlfriend, Gia, Repairman Jack doesn’t deal with appliances. He fixes situations—situations that too often land him in deadly danger. His latest fix is finding a stolen necklace which, unknown to him, is more than a simple piece of jewelry.
Some might say it’s cursed, others might call it blessed. The quest leads Jack to a rusty freighter on Manhattan’s West Side docks. What he finds in its hold threatens his sanity and the city around him. But worst of all, it threatens Gia’s daughter Vicky, the last surviving member of a bloodline marked for extinction.

May 6, 2012: CONGRATULATIONS!!1- Patricia Snodgrass, 2-Dina Stornello, 3-Dawn Cassello and 4-Marg Ellis Jorgensen are winners of a free print book for “Liking” my page. (http://www.facebook.com/pages/Christine-London/71009389201) Please let me know which you would prefer–Please number by preference 1-4 (one being your first choice) Deadline by Fern Michaels, The Vampire Shrink by Lynda Hilburn, A Hellion In Her Bed by Sabrina Jeffreis OR The Tomb by F. Paul Wilson More info on the books at: http://christinelondon.blogspot.com/2012/04/free-book-you-say.html Please send the snail mail address where you would like the book sent via private message to me. Congrats all and thanks to everyone for “liking” Christine London Author Page. There will be more fun and chances to win coming soon!

4 Responses to FREE Book, You Say??