The Whats And Whys

****Come on all–FIFTY page views so far today and only one person commented. Who wants a chance to win a couple free e-books AND be entered for the FIFTY DOLLAR AMAZON GIFT CERTIFICATE at blog tour’s end? Gotta comment to be eligible!!***

What leads an author to write what she does and why?

Visit each of the stops on this week’s blog tour, answer the question posed by each author in her comments section and you will be entered into the drawing for this week’s prizes—TWO great reads!!:

Feckless, exasperating Alex Finch is a rich, handsome and talented singer/songwriter who longs for two things: a career as a professional rock singer, and to have his love for Sam Barrowdale reciprocated.  But drifter Sam’s two aims are simply to earn enough money to pay his sister’s medical bills and to hide from the world his reading/writing and speech disability.  At this time the word “dyslexia” is generally unknown so to most people he’s just a “retard”.  From the severe knocks life’s dealt him, Sam’s developed a tough outer coating and he has no time for a spoilt, selfish guitar player. Despite his defects, Alex’s love for Sam never wavers and when Sam unexpectedly disappears, Alex begins a somewhat bungling quest to find him, only to discover that Sam has a fearful enemy: Alex’s powerful and influential yet sociopathic uncle. As Alex spirals downwards towards alcoholism, many questions need answering.  Just why did Alex’s evil uncle adopt him at age eleven yet deny him any affection?  And what’s the mystery behind Alex’s father’s death? Both seem to face unbeatable odds.  Are they doomed to follow separate paths forever?

An unsung hero’s destiny–Slater’s house of horrors.
Fire-fighter Jude Elliott loses part of his leg trying to rescue a family held hostage during a terrorist attack. He journeys to mysterious Hewhay Hall, where it is told there are wondrous, magical cures. Little does Jude know that his destination is Slater The Prince of Envy’s lair where a demon resides and courageous souls are tormented… Can Jude escape Slater’s house of horrors, or will he suffer for all of eternity?

Come along—have some fun, get entered!!

From earliest childhood today’s guest author, Regan Taylor, was an avid reader. Upon discovering Alexander Dumas and Charles Dickens she was hooked on books that carried the reader away to a different time and place. Preferring the quiet of her room and a good book to spending time with people, she traveled far beyond those four walls. 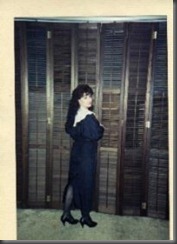 It was while working as a police dispatcher, first for the California Highway Patrol and then her local police department, she began to write fiction, primarily time travels and romantic suspense. In the spring of 2009 she returned to the day job she always liked best, working as a legal secretary. Curled up in her bunny slippers with her furfaced children, Mel, Missy and Bogie, while writing is one of her favorite things to do.

Welcome Regan. Tell us a bit about the genre you write, read  and your path to them.

Take a poll of your long time romance readers of which authors were their first reads, there seems to be a prevalence of answers — Rosemary Rogers, Kathleen Woodiwiss, Jude Deveraux and Julie Garwood. I know they were my first romance reads and at the time the books I read were historicals.

For Rosemary Rogers it was SWEET SAVAGE LOVE, which I read again two summers ago. It brought back why I read it over and over again.

Much of what happens to Ginny would be a no-no in today’s world but you can’t miss the passion with which Ms. Rogers wrote.

Book Cover image from amazon.com : THE WOLF AND THE DOVE

and (Book Cover image from Amazon.com THE FLAME AND THE FLOWER)

Julie Garwood’s  (book cover image from Amazon.com): THE BRIDE was the first I read of hers.

It was Jude Deveraux’s (book cover image from Amazon.com:) KNIGHT IN SHINING ARMOR that opened up the world of time travel for me. time travel as the basis for a romance.

With around 300 books penned by Barbara Cartland I think most of us tried at least one of hers.

There are re-releases of some of her best titles happening this year.

When I started writing it never occurred to me to write anything but romance.

I love a happy ending. Who doesn’t? Even murder mysteries and thrillers have some sort of satisfying resolution.

While I don’t generally read horror I did read one recently that had one of those satisfying resolutions. It wasn’t necessarily the one I wanted, but it was gave the book the perfect ending.

So with my love of happy endings, I chose to write romance. Most of my books, such as my Treasures Series, are time travels.

(book cover image from Amazon.com:) With All Dispatch 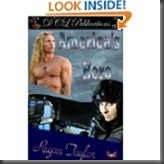 I do write historical and western historical as well, because I love reading them. Of course, stories set pre-1970 can sometimes be classified as historical. In my estimation historical is pre-1900s. The idea of living in a long ago time period and having some inside information that would help me survive and be successful is very appealing to me.

I also write futuristic romance because I like the idea of building a world we haven’t yet seen.

For reading, well okay, I’m a book-a-holic. One of my really good friends, the investigator who was my prototype for Frank Turner in WORLD IN HER HANDS,

once accused me of hoarding books because I own well over 15,000 print books. (We won’t discuss the ebooks I’ve bought but there’s good reason I like how many my Kindle will hold.) I patiently explained to him I’m not a hoarder, I’m a bibliophile. That ‘title’ sounds much more interesting, doesn’t it? *wink* But I digress…

Pretty much I never found a book that didn’t have something to catch my attention. 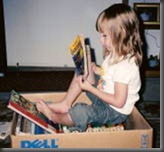 I am presently writing a time travel set on a clipper ship in 1860. (More on that another time!) 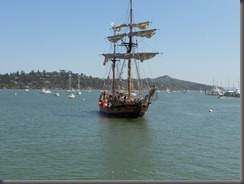 So what is your favorite genre to read?

Which authors introduced you to the world of romance reading?

Tell me in the comment section and you are well on your way to be entered to win this week’s prizes!

Your next stop on the tour is Ann Tracy Marr’s blog where Christine will be divulging the whats and whys… Have you ever heard of an author that veritably stumbled into being one?? Now you have…

Thanks for dropping by, Regan!